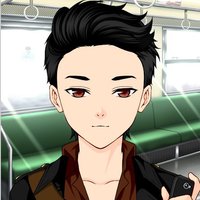 Cosplayer and Con-goer since 2000. I enjoyed it from the beginning. I started out with just putting cheap costume stuff together, then I did a few costume purchases as well as commissions from talented artists. I met my wife through cosplay/conventions, and she has made costumes for me. I hope to soon sew my own costume together, though I have a promising start.

Like many others I (usually) have a full time job when I'm not in costume (currently looking). I enjoy music, movies, Asian pop culture such as Hong Kong cinema, photography of cosplay among other things (but I'm not an actual photographer), as well as many other wonderful fandoms (Star Wars, Star Trek, Doctor Who etc.). My cosplay slowed down due to lack of time and money, so as to concentrate more on life (marriage and parenthood), but I'm a little tired of being stagnant so I plan on doing some more new cosplays...

I have had dozens of cosplays since 2000, some low grade but they progressed when I got purchased or commission costumes, or stuff made for me by friends or my wife. My cosplay collection goes beyond 60 + costumes, but for cospix I will feature only my favorite and notable costumes.

I started out just cosplaying at conventions, but then I saw so many great costumes I started taking photos. I then starting being a reviewer of cons for a website and upgraded my camera for better cosplay photos. For the years 2007 up to 2010 that is mostly what I did, though I found I had less and less time to shoot only cosplay photos. I got help with my work starting in 2011 so I could shoot photos of the rest of the goings-on at cons while my assistant covered cosplays, which occurred until late 2014 when the website I worked for shut down. Since then I've been concentrating on hall cosplay photos as much as possible. The galleries presented here cover my cosplay photography work from 2007 to the present.