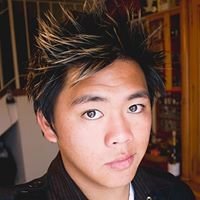 I've been attending anime conventions (mostly Anime Expo) since 1999. I first started out as a cosplayer but switched to photographer around 2011. I've been practicing photography since 2000 starting with film and switched to digital around 2005. I've mostly been doing event coverage/hallway photos at the cons I've attended and just started opening up to private/off-con sessions around 2013. If you're interested in a photo session, click the "Home" button up top to go to my webpage for details. Thanks for looking and I look forward to working with you!