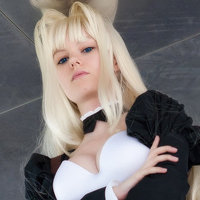 Hello everyone! I am Sinnocent, I've been cosplaying since 2001, and making costumes since 1998. I am currently based out of DFW Texas and usually make it to 3-5 conventions a year in Texas/Oklahoma. Most of my costumes are Sailor Moon related, however over the last couple of years I've been trying to broaden my horizons. I've done several other anime cosplays, a couple of video game cosplays, some comic book, tv, movie, and original designs as well. I have so much more planned that I want to do, but no more Sailor Moon costumes. I'll still cosplay Sailor Moon, but I won't be making any new costumes ... I seem to be drifting more towards video game cosplays but I have a wide variety of things planned =3