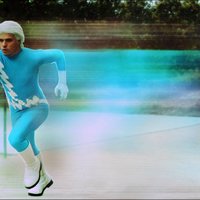 NJ/NY based Con goer since 2006, cosplayer since 2008 although I only took it seriously around 2011. I like doing characters not many people are doing, I find it more satisfying when 5 people recognize characters from things I'm a fan of than thousands from something that is popular. My goal in cosplaying is to learn how to sew. I also dabble in photography although only as a hobby and usually outside of cosplaying. If I have to have a character specialization, its those with short tempers or deuteragonists (basically the main character after the protagonist).