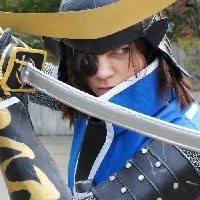 I've been cosplaying since 2008. My first convention was Kumoricon 2007. I enjoy making costumes and meeting new people. I would have to say I specialize in armor and wig styling. My sewing skills have gotten a lot better since I first started but I still have a lot to learn. I both make my own and buy costumes. My goal is to portray the character the best I can and if I am unable to make the costume to look good I will buy it. I have also picked up a little bit of photography and have gotten pretty good at it.

I am hoping to expand a bit more to other CA cons. I have attended Fanime but I would like to go to ALA. It is also a goal of mine to go to Katsucon one year.