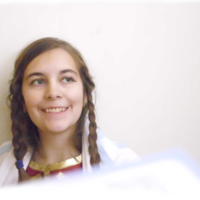 Hi, I am Sam or Lolaf as I'm usually known on the internet.

I'm still a cosplay baby, my first con being Otafest 2012, I only attended on the sunday as Pirate Bakura with my friend as Cowboy Marik. I only really fell in love with Cosplay last year though when I went to the Calgary Comic Expo on the Sunday as Harley Quinn. Since then I've been hooked.

I've always had a love of playing dress up. I used to mess around with a big trunk of costumes we had when I was younger and going into Jr. High school I discovered a love for the theater and acting. Cosplay was really just a natural progression of my passion for putting on a costume and playing a different person than boring old me.