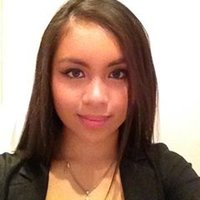 I have been cosplaying since 2012, but I made my actual first cosplay just this year for Anime North 2014: Snowstorm Sivir from League of Legends!

Past cosplays were a closet cosplay of Tifa Lockhart from FFVII (honestly, doing it any other way would be a waste of materials, imo xD) and an ordered cosplay of Yoruichi from Bleach. I won't post these though as I don't count them as my own creations.