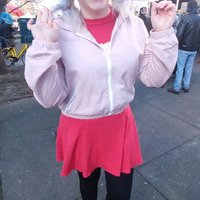 Been cosplaying since 2010, started in the Sailor Moon fandom and have since expanded.

Have a love for comics, and video games. Not a huge anime fan but I do watch a few every now and then! :)

I enjoy assisting others, and am glad to help you.