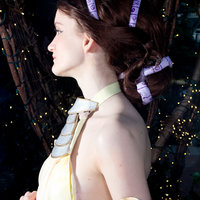 I'm Alice. I sew a lot of things. Like, I may have a sewing problem.

I live just outside of Philadelphia, and travel to conventions in the Mid-Atlantic region, mostly, with some distant and interesting exceptions; I cosplay from (mostly magical-girl) anime, Doctor Who and other sci-fi/fantasy TV shows and films, video games, and sometimes comic books and films.

I also sometimes appear in fan film projects - right now I'm working with an amazing group on Torchwood Legacy. It involves cheesesteak and guns and also, I guess, the Doctor doing stuff.