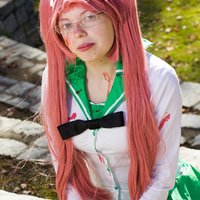 I'm a 21 year old, southern USA based cosplayer. I've been cosplaying since 2010, when I attended my first convention in Atlanta, Georgia, That was also when I made my first costume. I've been attending conventions in the south (and one up North so far) since then, and have made the majority of my costumes.

I love how cosplaying gives me a creative outlet, as well as a way to meet nice people. My favorite part of conventions is seeing people smiling and having fun!

One of my dreams in life (that I haven't done yet) is to meet Gabe Newell and give him a hug. Other things I have yet to achieve include traveling to Japan and Italy.

Outside of cosplay and conventions, I'm a computer science student about to graduate college with a full time programming job waiting on me :)