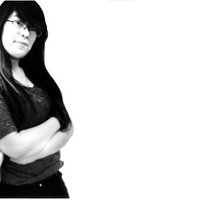 I've been cosplaying for more than 3 years. Each year they get better and better. I've made several appearances for my cosplays and costumes. I live in west Texas and travel to most conventions in Texas but I have been to several large conventions such as DragonCon, San Diego Comic Con and PlanetCon. Every year I take more time into my dream of costume designing in the film industry and I'm getting closer everyday. I hope you like my taste in costumes and how to see you at upcoming cons. Keep in touch!