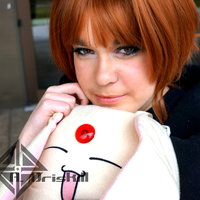 I'm a the Fearless Leader of Talking Teacups of Doom Cosplay, a Pacific Northwest-based cosplay group!

I started out as a cosplay videographer, being the other half of Team Canada in the APHWC on Youtube (Talking Teacups of Doom Productions). It wasn't until a few years later that I started cosplaying, mostly for sake of a new role in the videos.

In 2011, Queenie recommended we actually make a cosplay group together. Which we did, with three of our friends. Almost three years later and four more conventions under my belt, our group has expanded to six members, all in various tracks of life.